The garden is not doing too well. Starting about 2 weeks ago, we had 9 days in a row over 110. Considering that an average summer only has 10 days over 110, that was a brutal start to the hot season. Meanwhile, our (NEW!) air conditioner was having problems. It kept over-heating and shutting down for 4 hours at a time. The inside temp would rise to about 90 and we did not feel up to going outside and weren't sure what to do anyway. In retrospect, I probably should have at least hosed everything down in the morning and late evening. I'm a little worried about the peach trees, they are awfully yellow. 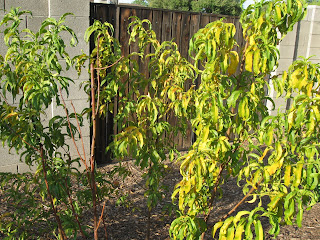 The rest of the new trees seem OK. The citrus are a bit scorched but better than they used to be before creating the orchard area with all the mulch and inline irrigation.

The melons are great. The honeydew was one of the best and sweetest I've ever eaten. Here's the latest harvest - the sunflowers are from the CSA, not my garden. Next year I do think I'll plant sunflowers. The picture shows the first honeydew, the second watermelon and the third cantaloupe, as well as a few last tomatoes. The fuzzy, dewy texture of the newly picked plants, especially the okra and the melons, is just amazing. For the record, we picked the first melons about a week ago. 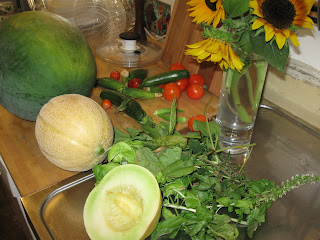 A lot of plants have died. All the cucumbers, most of the tomatoes and the peppers except those in deep shade. 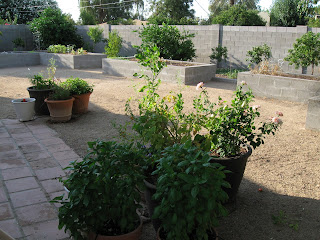 The fig tree may not make it. 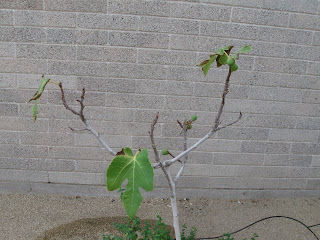